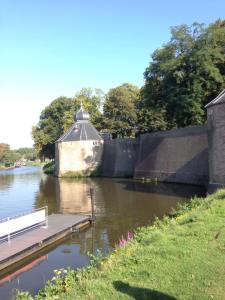 On Thursday September 8th, a group of 15 members met up on a soft sunny morning for a historical guided walk through Breda. We were in luck, our guide, provided by the VVV, was a charming retired army officer, whose second passion in life, next to the army, was history. He spoke excellent English, was interesting, and amusing.

We started our tour in the Valkenberg park next to the monument commerating the 1404 meeting of the German aristocrat, Engelbrecht van Nassau, with his future bride, the eleven year old Johanna van Polanen, the daughter of the then wealthiest and most important family in Breda. This couple were the founding parents of the Nassau dynasty, whose heirs went on to be the Kings of the Lowlands for many centuries.

Our guide retold the story of Breda, how it grew in power and importance as a trading hub in the centre of the then kingdom of Benelux, as well being as the domiclie of the royal court. He told how Breda was invaded first by the Spaniards and later by the French, and later why and how the royal court was moved from Breda to Den Haag.

We visited the castle of Breda, which has been used as a military training academeny for officers for the past two centuries. We also visited the Grote Kerk and finally the Begijnhof. 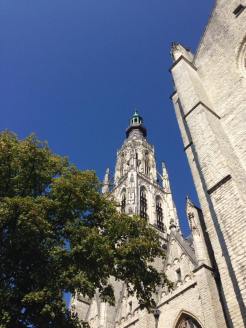 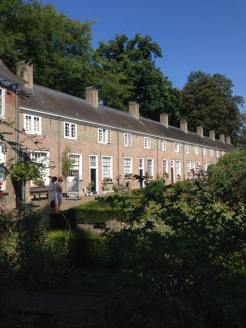 It was a really enjoyable walk. In two hours, I think most of us learnt more about the history of the City we call home, then in all the years that we have lived here. I always think of Breda as a very pleasant second ranking Dutch city, but now I know that for centuries, it was one of the most important cities of Europe.